There is no doubt the most sought after big game animal on the planet is the Whitetail deer and we are still trying to figure them out after 40 + years of being in the woods.

Whitetail deer have the unique ability to adapt to man’s encroachment like very few other big game animals have. Take away hedgerows, change drainages, cut down timber and low and behold deer still appear in these areas.  Don’t be fooled, we try desperately to pattern them but maybe, just maybe, they might be patterning us.

In a world where this and that can make you a better hunter, it's time to take a step back and take in three of the most important aspects of this animal's (and, to be honest, all animals’) survival needs — and the hunting tips you can use to your advantage in each area.

1. The RIght Food at the RIght Time

We all talk about foodplots as a  food source, but do you really know what they prefer at the specific time we are hunting them?  This is critical to know, for example, if you’re hunting an area in the early season, what are the deer feeding on? If in your area, acorns are a preferred choice over almost everything else, so locate them and figure out the best entrance and exit to your hunting set.

In many agricultural areas, it is hard to compete with row crops. But you can re-adjust your hunting strategies by locating travel corridors to and from these areas as well as planting foodplots that can be very effective in the later season after the farmers have taken out their row crops. This is best when planting near known bedding areas for winter coverage. We have done this for years with some incredible success and plenty of game movement.

Dealing with thousands of acres of standing crop fields can be a difficult situation but knowing your area and the lay of the land can put the odds in your favor.  Many hunters forget to really study their entrance in and exit out of their hunting areas. Are you crossing the routes heading to your stand and letting the deer know you are in the area?

We have found the best way to plan a route is to utilize satellite photos to create the best way in and out of your stand and knowing the movement of your deer. In some of our plots where we may have been more exposed walking in, we actually planted barrier rows of tall growing shrubs and plants allowing us entrance without being seen. 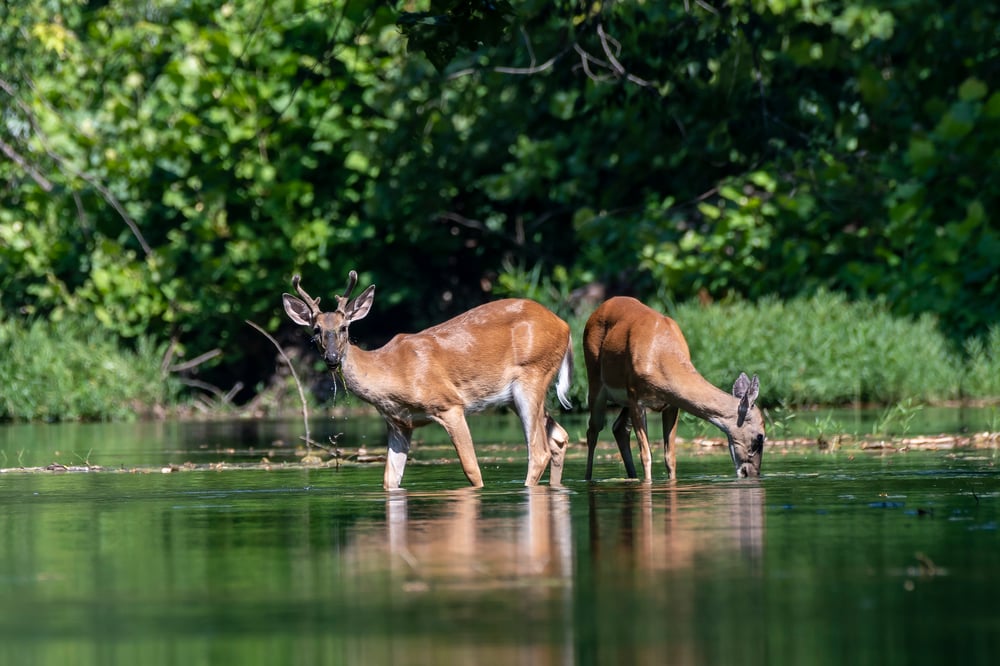 Cover is so important — if you're going to try to create better cover makes sure you understand what the deer look for. For example, they don’t want to go into a thickly covered area without access to escape routes. One landowner thought the best thing to do was just make a complete tangle of timber that would create a super bedding area, however, with the lay of his land and the way he piled up the cuttings, he literally choked the escape routes and stopped deer from bedding there. They usually will bed where they have multiple escapes routes to get away from predators or threats.

We like to brush in our blinds and tree stands early in the season and acclimate the deer to seeing clumps and not feel threatened by them.  So take the time to do this. In certain areas in the timber, we don’t cut everything around us however we cut certain shooting lanes and leave as much natural brush up as we can.

Something many don't give enough credit or value to is WATER!

Every critter in your area needs water. If you have it you’re in good shape — if you don’t have it you need to create a water source. 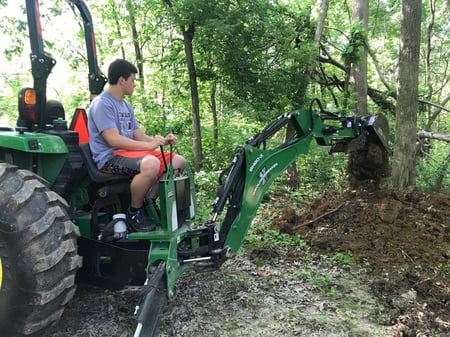 On one of our leases we have a small creek down low. However, the wind is so unpredictable that we decided to do an experiment by creating a small water hole between the bedding and crop fields (see photo). Within the first year of doing this, we had completely changed the movement patterns of our deer coming off the fields and drinking out of our very small man-made water hole, even though they had the creek down in the valley. The point to remember is to know your land and prevailing wind patterns and you can make things happen in your favor.

These are just a few tips to help you become more successful in your next deer season. Don’t wait until the month before hunting season to get in the woods. Our deer scouting never ends and we are constantly in the woods and fields, learning each and every time we go in.

Take notes, use a GPS, an App on your phone, whatever you can to map out new patterns, trails, scrapes, rubs, etc. and you will map out a successful season. And don't forget to pick up some new whitetail gear for the hunt!

How To Improve Your Deer Hunting Property